The vulnerable state of sharks 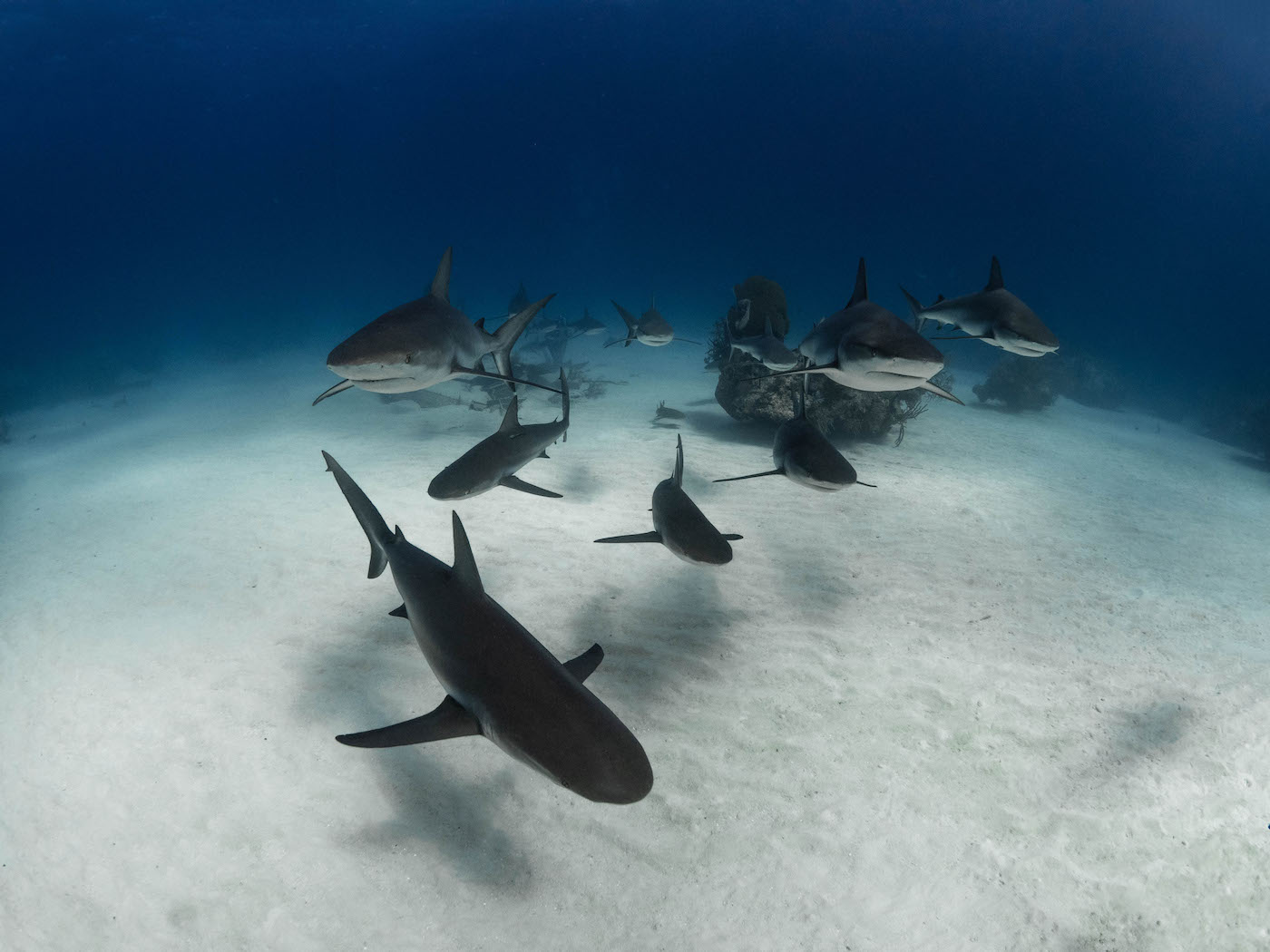 Many different words have been used by people to describe sharks. They are considered nature’s masterpiece; they are called beautiful, majestic, mysterious by those who love them and killing machines, mindless killers, monsters by those who don’t. When asked how I would describe sharks, I always think of them as vulnerable. That is the word that best describes these fantastic creatures who were once indeed the masters of the oceans and guardians of the deep.

Through the millennials, sharks have evolved to become an essential part of the food web of the oceans, their roles defined by their species and location.

Sharks have a relatively late sexual maturity, they produce small litters, and they have a slow reproductive rate. All these factors have worked in theirs and the oceans’ balance.

This situation worked until humans came along. A lot of factors affected the circumstances by which humans expanded and spread across the globe; for a long time, these circumstances kept the population growth at a specific rate. Then the population not only started to grow but also to age and the numbers doubled in only the last fifty years. These numbers needed places to stay, food to eat, water to consume. Our expansion was at the high expense of not only sharks but a lot of creatures and environments.

About thirty-three percent of the ocean creatures live within the coastal areas, and this is where the impact of our presence has been the biggest.

Coastal development has been rampant; oceanfront properties have increased in value and prestige. Front property areas that were before sharks’ territory became ours. River estuaries, mangroves, and other locations that had served several species of sharks as breeding grounds and nurseries were taken away, reducing the sharks’ capability to reproduce and find safe areas for their young.

With development came pollution, not only plastic pollution. Noise pollution caused by boat traffic, radars, scanners, together with thermal and chemical pollution, are aggravating factors. We also need to take into consideration light pollution, which proved devastating for many different species of animals.

These factors have affected sharks but also the different animals that are a food source for sharks. 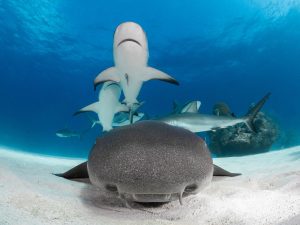 Furthermore, we started modern fishing, proudly we produced monster ships, with internal freezers able to process tons of fish per day, and to stay out at sea for weeks at the time. We started to employ devastating fishing methods, such as long lines and drift nets, and we scooped everything and anything from the ocean. Instead of using each catch, we selectively put away only a certain kind of fish, to satisfy a poorly educated demand. Modern fishing methods have created waste, knows as by-catch. The catch is hauled on the boat; designated people select the animals to secure in freezers below deck, while the rest of the animals are left dying, gasping for oxygen. By the time the selection is made, most of the other unwanted catch is dead and is thrown back overboard. This causes the undesired death of many sharks, accidentally caught, but also the destruction of possible food sources. We are taking from the oceans faster than they can replenish, and while some of our cultures can now avoid eating fish, there are many cultures and countries which still depend on the day to day catch. As consumers, we need to stop thinking that everything should always be readily available for our consumption. We should understand there are seasons and that there are times when perhaps certain items should not be on the menu, nor available at the supermarket.

I keep finning for last, not because it is a lesser of a problem but because it deserves a little more attention. Finning is a practice of fishing a shark out of the water, to cut only the fins off and throw the animal back in the water still alive, left to a slow, agonizing death.

Shark fin soup is known to be an Asian delicacy, a status symbol, it is, after all, a tasteless mix of shark cartilage, with broth and numerous spices to make it somewhat flavorful.

The issue with finning is not only in the waste but also in the attitude that sometimes sparks in us.  If we are not from the Asian culture, we find it very easy to point a finger away from us, blaming a distant and blurred enemy all bundled up in that definition; what we fail to do is to look on our doorsteps. We forget to check which legislations are in place in our country against shark finning, or best shark fishing. We need to stop pointing the finger away from us and look directly at our actions. Our power is to change legislation and attitudes right where we are, and we do not need to go across the globe to change them. Some of the biggest cities importing and consuming shark fins are right in the US and Canada. If we want to change something, we need to do it from where we sit and where we have the power to do so. It needs a gradual but eventually radical change in the way we approach life and our day to day habits.

Back to all posts