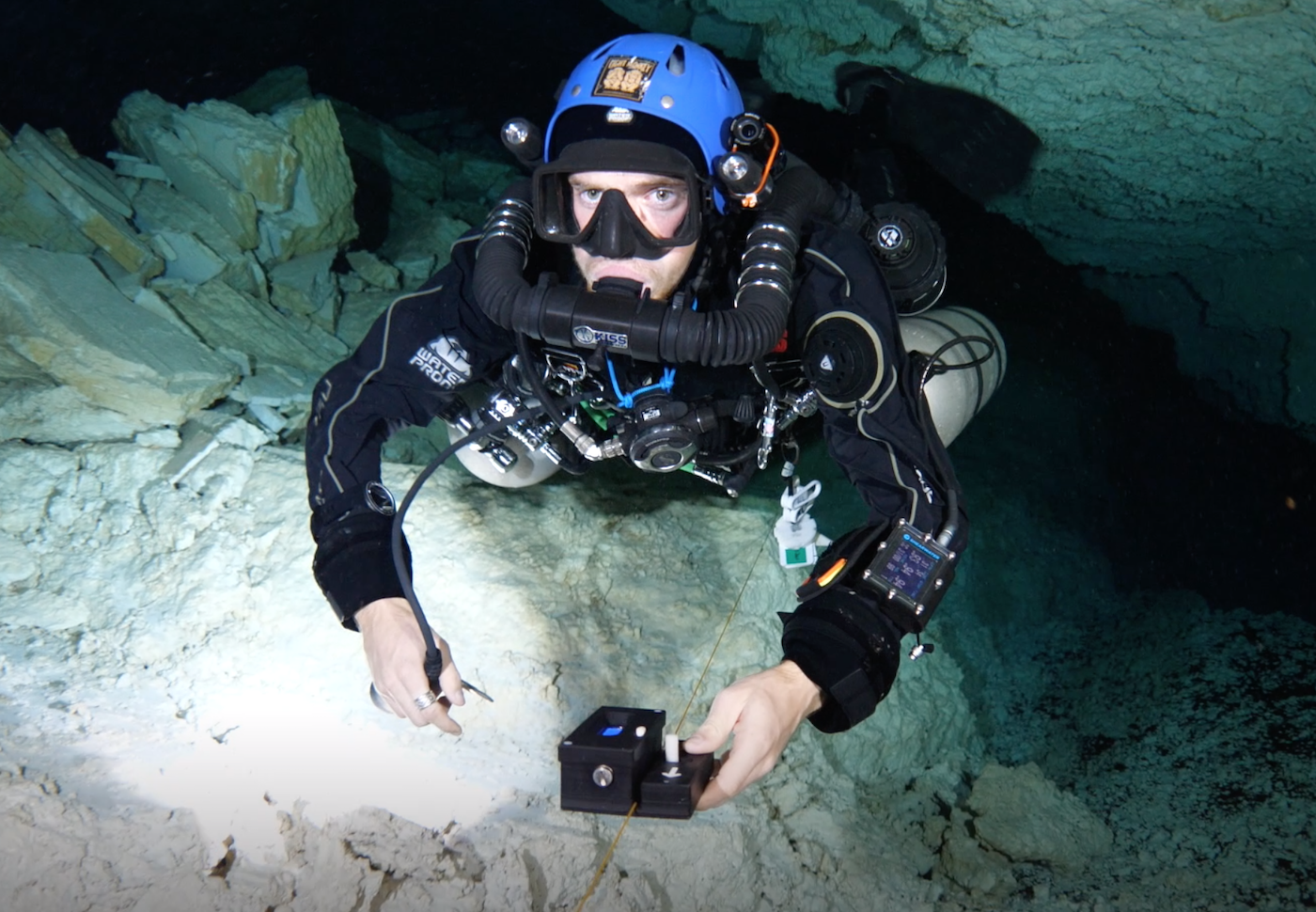 Humans are depleting this earth of all its resources, we are using natural resources 1.7 times faster than the ecosystem can regenerate. On this blue planet, only 2.5% of the water is freshwater, of that 70% is frozen and inaccessible, 70% of the accessible water is used in agriculture, 20% in industry, and only 10% is used for our consumption. The planet’s resources are only good for 2 billion people at the current demand but we continue to expand our population. We are nearly 8 billion people now, a critical factor in accelerating the depletion of our natural resources. An increase in population creates a higher demand for resources.

We are taking down entire forests for agricultural expansion, timber extraction, mining, infrastructure construction, and development. Rendering multiple species homeless and polluting our water supply. Every tree in the forest draws water from the soil through the roots into the stems and leaves. The water returns to the air by transpiration. A forest releases a river of water through transpiration into the air, which eventually forms clouds that create rain hundreds of miles away. Healthy forests are a filter to keep pollution out of the water. The strong roots stabilize soil and prevent erosion and absorb nutrients and sediment.

On the Island of Grand Bahama, we have something precious, something that one day will be very rare. Most people on the island have no clue that they actually have blue gold right beneath their feet. Large freshwater reservoirs, filtrated by the limestone that makes up the island. The submerged underground cave system.

That’s the reason Cristina and I started surveying The Old Freetown system. To protect this hidden gem, this ecosystem that’s so fragile, and can be so easily destroyed. We heard about development in the area of the system, that potentially could turn the blue gold into a worthless river of pollution. We couldn’t just stand by and watch, we need to do something to save this invaluable place. We started the survey on February 20th, 2019, in the old days you had to survey with a slate and compass. Taking the azimuth every time the line changes direction and counting knots on the line between to estimate the distance. Which made it a slow and demanding task to complete. Now we have a new incredible tool called Mnemo created by Sebastien Kister. It’s a small machine we clip on the line and press start. It takes azimuth and depth measurements, as we swim down the line a small wheel inside measures the distance. Making it a very easy tool to use, and allows us to survey more of the cave in one dive. Easily we can survey more than 1000 feet each dive. We spent our days off, working on the survey, each dive adding more cave to the map. After work, we would pack the car and drive to the cave. Carrying our gear to the entrance and getting geared up, as the sun was setting above us. Painting the sky with the most amazing shades of yellow, orange, and red. As it is dark in the cave anyways, we didn’t need the sunlight. Surfacing from the dives in the evening to the silence of the night, the moon high in the sky lighting up the pathway back to the car. 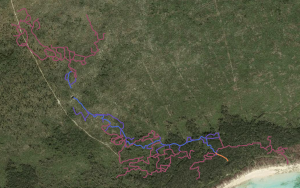 At home, we plugged the collected data from Mnemo into a program called Ariane’s line. Section by section
we watched the map evolve like a spider making its web. We overlaid the map with satellite images to see where exactly the tunnels were leading, to protect the entire system not only the entrances. On June 2nd, 2019 we finished our last survey dive, and the map counted 21521 feet of surveyed cave, including new areas that had been discovered during the last couple of months, extending the cave system by nearly 4000 feet. We shared the results with The Bahamas National Trust to propose the entire system as a protected area.

Back to all posts